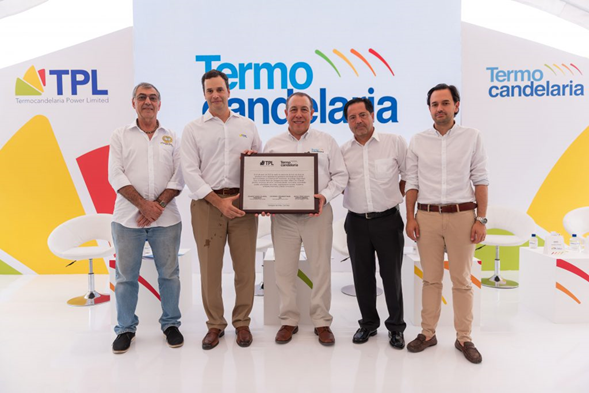 In the “reliability charge” auction, held in February 2019, the “Termocandelaria” thermoelectric plant was assigned with firm energy obligations. In 2020, the company began the expansion of the power generation capacity of the plant

Cartagena de Indias.- In the facilities of the Termocandelaria plant, the cycle of works that will strengthen the capacity of the thermoelectric plant began, and which, by 2022, will be launched with the objective of increasing and boosting the supply of the electric power of the country.

This activity was attended by: Diego Mesa Puyo, Vice Minister of Energy; William Dau Chamatt, mayor of Cartagena; guild representatives; companies in the energy sector, commercial allies, financial entities, social organizations and members of the communities near the plant.

For his part, the Deputy Minister of Energy, Diego Mesa stressed that “this technology, in particular, is 35% more efficient, because it produces twice as much energy with lower consumption, and therefore generates less emissions.”

With an investment that reaches 220 million dollars, this expansion project will be financed with the resources coming from a bond issue, located at 186 million dollars, an operation that was carried out recently, and that had a demand of 2.7 times of the value offered.

“We are the first Colombian thermal generation company that has successfully made an international bond issue. Last year we had a first issuance for 410 million dollars, and in recent days we placed another that secured the financing of the expansion of the plant, which confirms the investment confidence in the country, and the electricity sector, ”said Eduardo Damian, President of Termocandelaria Power Limited (TPL).